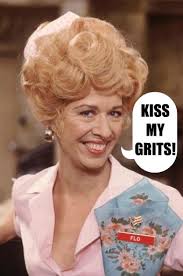 I quit my job last week. I didn’t know for sure if I was going to do it, but at the end of my shift I told the owner I needed to put in my notice. The restaurant business is a different one; a soap opera filled with drama and gossip amid mundane chores and a strict position of cool, appearing like nothing ever surprises you. The whole thing has left me quite tired.

I started serving about nine months ago, walking into the place I felt a nudge to work there even though I hadn’t waited tables in 25 years. Financially we didn’t need for me to work, so money was not a motivator for me; I was simply excited about the new business, and wanted to be a part of something as it was taking off. I learned a lot while I was there, but here are four major takeaways:

In most states, servers make $2.10 per hour. That is four cents more per hour than I made as a server in the 80’s! It’s not easy to place your income potential into the hands of strangers. In many instances it felt like the level of service given did not matter, most people seem to have an amount in mind to leave on a table. This was proven when repeat customers would come in, and tip the same amount no matter the size of the party or tab. Believe me, servers remember.

Restaurant work is very physical, hauling large containers of ice, glasses and silverware. I wore a pedometer each day and rarely walked fewer than 10,000 steps in a shift. I could gauge the busyness of a shift by the number of steps taken that day and was often sore the next morning from the physical labor.

If you are dining at an expensive restaurant, there is a very good chance your server has tasted little to none of the food you are considering. Unless there was a mistake in the kitchen, the food is out of reach financially.

The mindset of those working in the service industry reminds me of gamblers. Although this isn’t the best way to make money, sometimes you have a big day and it keeps you coming back. Whenever I suggested a different type of work with a steady paycheck and benefits I would be dismissed, like it was a ridiculous idea. The industry itself is actually quite small, with workers moving from one restaurant to another. Most of the people I worked with had worked for numerous restaurants throughout the city, searching for the biggest payoff.

I’m not sure what I expected to gain by working in a restaurant again, I know I shocked quite a few people by taking the job, and that was fun! I learned a great deal and met many people that I don’t believe I would have had the opportunity to know otherwise. I saw up close and personal the daily struggle to make ends meet and I see the people of this industry now, rather than simply viewing them with entitlement. In the words of a co-worker on my first day on the job: only a fool would work in this business if they didn’t have to.