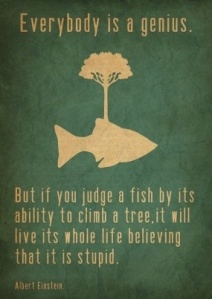 Recently while in Europe we had the opportunity to see the works of great artists such as Van Gogh, Rembrandt, Michelangelo and daVinci, as well as many more. I’m not a big art enthusiast, but was able to appreciate the different styles, time periods and subjects that were created. Standing in front of well known pieces of art like The Last Supper and Michelangelo’s David was an experience unlike any we can have in the United States. The only thing that really comes close for me personally is being in the room with someone who is dying, someone you know you are visiting with for the last time. There is a sense of reverence, even if you don’t fully understand it.
I found myself wanting to learn more about these great artists; who inspired them, who financially supported them and who encouraged them to be so different than others during their time? Leonardo da Vinci was a scientist, engineer and artist who had so many new ideas that he was constantly drawing and writing to get them onto paper. Did he ever stop to eat and sleep and spend time with those around him? I cannot imagine being a part of his family, or being his friend. Before being recognized as great, was he viewed as crazy and eccentric?
Do you think God made a handful of great artists, primarily during the 1400-1500’s and then stopped?
What if there are people on this earth right now who have the capacity to look way ahead of technology and see the future, or the ability to create music and art unlike anything we have heard or seen?
What if today’s pressures and distractions are so great that these budding geniuses are sitting in cubicles, trying to make enough money to get by instead of having the freedom to create?
Are we giving people room to be good at what God created them to do? Are we encouraging those around us to find their work of art, or insisting they do what we think will make them most successful?

6 thoughts on “Everybody is a Genius”