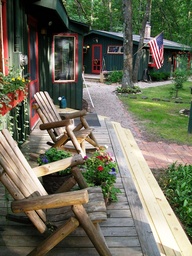 Several years ago our oldest daughter went away to a Christian summer camp and came home on fire for Jesus. It was so exciting to see her bloom and grow right in front of us, to hear her talk about her relationship with Christ, and dream about what God had in store for her future. Obviously, camp was a success for her.

As we were making plans for the next summer, our son showed interest in going to the same camp. I encouraged him to go and even pushed to make sure this was a priority for him, because I wanted him to have the same opportunity as his sister. I voiced my excitement to our Pastor, our son was going to deepen his faith and become more expressive about his walk.

My Pastor said something that really stuck with me, he told me that camp probably wouldn’t produce any of the results that I was looking for in our son, and who was I to think that his faith was shallow to begin with? He reminded me that my boy is very different than my girl, and that faith looks different in each person, and he cautioned me to not expect anything similar to what we saw in our daughter.

A few months later I saw that this had been good advice; our son returned from camp filthy and content, he didn’t share any profound discoveries or shifts in his theology but he had been given permission to worship God more outwardly than before. Obviously, camp was a success for him, as well.

I am so grateful to have people in my life who remind me of what is truly important. I’m also very thankful for summer camps and the growth that they can produce in our children. In fact, I would encourage parents to view Christian camp as a priority, scheduling vacations, sports and hobbies around the date. Our teens are going this summer, so once again I am excited about the possibilities, but mostly I just want them to enjoy themselves with their friends and their Creator. Whatever that looks like.