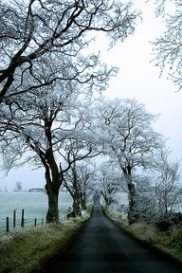 Therefore encourage one another and build each other up, just as in fact you are doing. 1 Thess. 5:11

But encourage one another daily, as long as it is called today, so that none of you may be hardened by sin’s deceitfulness. Hebrews 3:13

Are you waiting until you become wise to mentor someone? Waiting to have more time to spend? The wisdom won’t come, and neither will the time because in your own mind, there will never be enough of either to get involved. Mentoring can be messy and uncomfortable. I can remember calling our pastor at our previous church, whining about how hard it was to simply stay in the relationship with a particularly messy person. His response? “Now you’re doing ministry, Jen!” Not what I was looking for, but I still remember it, eight years later, because he was right. If it was easy, it would just be a relationship. This had turned into mentoring.

Can anything good come from mentoring? Anything bad? Are there boundaries or rules to it? First, the good. Mentoring is an effective way to encourage someone else and to pass on the wisdom and experience you’ve gained from walking on this earth. I have found that I often learn from the relationship, and get just as much out of the time spent. There can be some hard parts to mentoring as well; when the person doesn’t seem to want to learn and grow, but just to vent, or when you have to make the hard call of pulling someone else into the relationship for help. It can get a bad name if both parties don’t have a stake in the relationship or want similar outcomes, so boundaries can be important. In some mentoring relationships there is structure with a timeframe, curriculum and goals to be achieved, and in others, the people agree to come together regularly and do life together. I believe the latter can be successful if there is a foundation of trust and some prior relationship.

Mentoring can be a very satisfying part of life, and we are called to do it as believers in Christ. If you aren’t actively mentoring someone now, ask God for the wisdom and the time you need, take a deep breath, and invite someone to walk down the road with you.