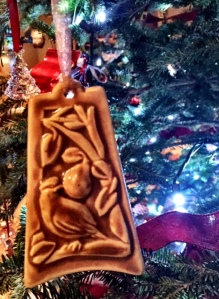 Laura became my friend about 18 months ago, moving into our town with her guy and their four children. Like me, she is a corporate wife. This means that she has lived in numerous cities, usually knowing it is a short term deal, and is adept at learning a new place and finding the right schools/church/doctor/dentist/hair/grocery stores in no time flat. Her primary job is to keep the balls in the air as her family hurtles through space; trying to keep a career with a guy moving up in the ranks is usually fruitless. Typically a corporate wife has a traveling husband, so she is often on her own in many respects, making decisions about the house and children alone. The perks are a comfortable lifestyle and lots of hotel and mileage points. There are many luxuries to this way of living, but time isn’t one of them.

We invited the new family over for dinner and it was apparent that we could be fast friends; Laura and I had plenty in common and were both looking for friendship. The funny thing about our kind is that we tend to move very quickly, I think it’s because we look at living arrangements with a short lens, knowing that our time could be up. But we also don’t usually go very deep, because there may be no point if we’re just going to leave again. But then, Christmas came and Laura gave me something special. It was an ornament of the partridge in the pear tree. She told me it was from a company called Pewabic from her hometown of Detroit, and there was one for each line of the song, so we only had to be friends for eleven more years and I would have the whole set! First of all, I love this ornament because it’s so pretty and different than all the others on my tree. But mostly, I love the message she was giving me; it said that she wasn’t worried about the corporate way of moving on, she is in it for the long haul and we’ve got time. Time to really get to know each other. Time to understand each other. The luxury of time.

This year I received the two turtle doves, and the reminder that I’ve got a good friend.