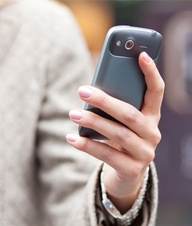 Last Christmas I received a text from a number I didn’t recognize, from a state I haven’t resided in for more than twenty years. It was a friendly holiday greeting that I didn’t have the time or energy to acknowledge immediately. Several days later I replied with a similar greeting and asked who had sent the text. It was from an old friend from high school, a boy I had briefly dated who was two years older than me. We were ‘friends’ on Facebook, and apparently he got my information there.

I was delighted to connect with a name from the past, so we communicated back and forth for a while, catching up on where we were and how life had turned out. I had moved many times over the years, living in at least seven states while he had stayed in his own backyard. After all the basics were covered, he asked if “we” were okay. I didn’t know who “we” were. He reminded me that we had left our relationship on bitter terms in 1984, him breaking up with me and me saying terrible things to him in his senior yearbook. I was pretty dramatic back in the day. I had no memory of this whatsoever.

Apparently old boyfriend was convinced I hated him, and had been carrying around some amount of guilt over this for the past 28 years. He was so relieved that I was willing to chat with him, and had been stressed ever since he sent the first text. I remember getting mono from him and being incredibly sick, but that’s about it! I carefully tried to assuage his guilt, letting him know that I was no longer upset, and there were no hard feelings. He kept apologizing until I felt that I needed to completely let him off the hook, admitting that I hardly remembered dating him at all.

Is there someone in your life (or past life) that you feel you should apologize to? Is there a relationship from your past that needs acknowledgement? I wish I had known what kind of hardship I had created for this guy, and helped to alleviate any guilt or remorse years ago. If this seemingly insignificant relationship was this badly damaged, I know it means there are many more for me. There’s always more work to do….